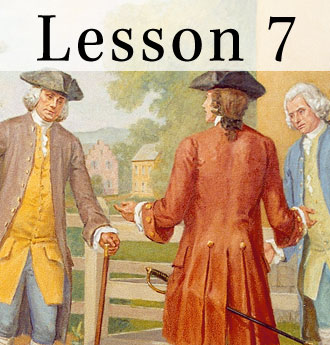 Lesson 7: What Basic Ideas about Government and Rights Did the State Constitutions Include?

checks and balances  In American constitutional thought, distributing and balancing the powers of government among different branches so that no one branch or individual can completely dominate the others. See also balance of power

veto  The right of a branch of government to reject a proposed law that has been passed by another branch in an effort to delay or prevent its enactment. Under the U.S. Constitution, it is the power of the president to refuse to sign a bill passed by Congress, thereby preventing it from becoming a law. The president's veto may be overridden by a two–thirds vote of both the Senate and House of Representatives.