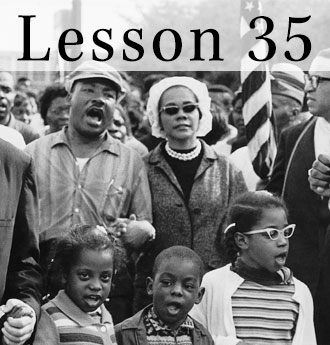 Lesson 35: How Have Civil Rights Movements Resulted in Fundamental Political and Social Change in the United States?

The Declaration of Independence is celebrated for its commitment to the principles of human liberty and equality. The Fourteenth Amendment guarantees equal treatment under the law. This lesson focuses on political and social movements that have used and continue to use the Declaration and the Fourteenth Amendment to effect fundamental political and social change in the United States.